This was on the BBC www.bbc.co.uk website today about how your mind can be tricked into helping you feel younger. I find this stuff really interesting as it helps to confirm what we already know about the mind/body connection and how what we think affects the way we feel. It has much potential in the work that I do with clients, to help them to view themselves differently in many areas of their lives, not just about how they can feel younger. Read on to find out more…

If elderly people dress, live and talk as they did in their heyday, does this help them feel younger and fitter? Michael Mosley explains how he tested this theory on six faces from the past. 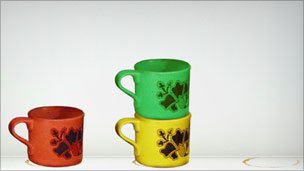 Is slowing down with age all in the mind?

To find out, I recruited six celebrities aged between 76 and 88 to live in my science lab – a country house decked out like a 1970s time capsule. The project was designed as a follow-up to an experiment first done by Professor Ellen Langer of Harvard University.

In 1979, Ellen was investigating the extent to which ageing is a product of our state of mind. To find out, she and her students devised a study they called the “counter-clockwise study”.

It involved taking a group of elderly men and putting them into the world of 1959. The question she wanted to answer was, if we took their minds back 20 years, would their bodies reflect this change?

Our experiment had similar ambitions; to take a group of people and make them feel younger by recreating the world they had left behind 35 years ago.

There were shag pile carpets to trip over, door ridges to step over and lots of slippery linoleum”

They agreed to live in our time capsule house for a week, during which they dressed in 1970s clothes, slept in replicas of their very own 70s bedrooms, watched television from that era, and talked about 1975 in the present tense.

It proved to be a fascinating but draining experience – for both experimenters and experimentees.

From the beginning we made it clear to our volunteers that they would be expected to look after themselves. Research in nursing homes shows clearly that giving residents control over their own lives and their own choices has a hugely beneficial impact on health and happiness.

In one study, residents who were allowed to choose a plant to care for, and when and where to receive visitors, were found 18 months later to be significantly more cheerful, active and alert. They were also far more likely to be still alive.

Another thing about our 1970s house was that it was full of physical challenges. There were shag pile carpets to trip over, door ridges to step over and lots of slippery linoleum. Research on mice has shown that those who live in a challenging environment live nearly 30% longer than those who in a secure but boring environment.

In this spirit, on their arrival, our volunteers were asked to carry their bags up a flight of stairs to their bedrooms. It was the first time they’d been forced into such physical activity in many years, and they were not happy.

But they rose to the challenge. When they started at the bottom of the stairs, a couple were adamant it would be impossible to make it to the top. Watching from a laboratory close by, it was hard to resist going to their aid.

Slowly, step by step, they succeeded. We had made them question whether, perhaps, they were more physically capable than they had given themselves credit for. 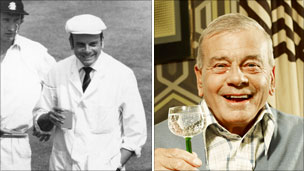 It was a tough initiation, but a core element of Ellen’s original experiment was the idea that our prior beliefs play a huge part in how we perceive the world, and how we perceive ourselves. By immersing our volunteers in a 1970s world, we were hoping to make them think of themselves as younger, fitter and healthier.

For many of them, the 70s had been a golden decade, a highlight of their careers.

We took Dickie Bird back to Lords to relive the atmosphere. As he walked through the tunnel, onto the grounds, he blossomed before our eyes. Dickie had had a stroke, suffered 18 months of illness, lost confidence and come to think of himself as old. By the end of the week, his confidence was back and he showed remarkable improvement across a range of tests, including memory and stamina.

It’s too easy to have everybody take care of us. But you can be helped to death”

Over the week we gave all the celebrities tasks to do, but we also left them to fend for themselves. For up to 12 hours a day, we observed them through our surveillance cameras and, just as Ellen had discovered all those years before, we saw great changes.

Half way through the week, Liz Smith took 148 steps with the aid of just one stick. For someone who had not walked without both sticks since her stroke – and who often relied on a wheelchair – it was a real breakthrough. She was no longer willing to be limited by the physical constraints she had imposed on herself.

At the end of the week we put our guinea pigs through the same rigorous battery of physical and psychological tests we had at the beginning. Memory, mood, flexibility, stamina and even eye sight had improved in almost all of them.

The results were not uniform, but in some cases they shed up to 20 years in their apparent biological age.

It made a compelling case for Ellen Langer’s argument that opening our minds to what’s possible can lead to better health, whatever our age.